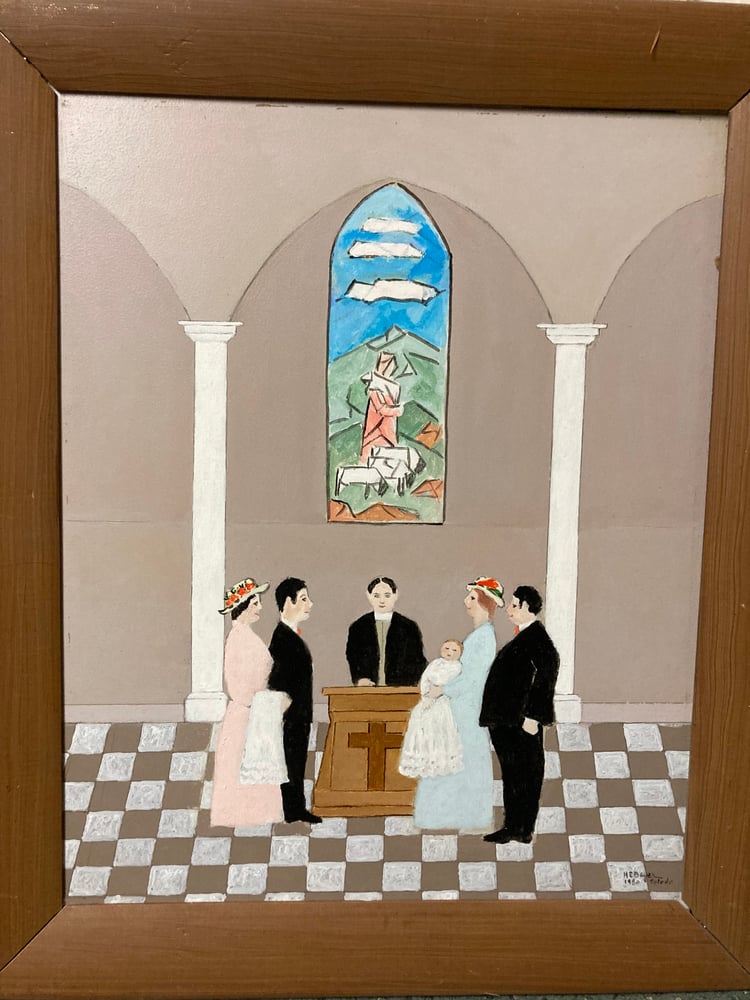 Acrylic on panel with original frame by the artist. 24x20

Harold Everett Bayer was born in Toledo Ohio in 1900 but spent much of his boyhood in rural Ohio. He began to paint later in life and was a well know folk painter in Ohio. Bayer's simple paintings harken back to his childhood at the turn of the century, depicting rural American life. Mr. Bayer passed away in 1996 in Toledo, at the ripe old age of 95. His paintings are featured as part of the permenant collection of the American Folk Art Museum in NYC.